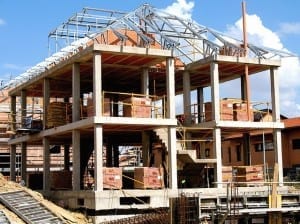 Is housing recession over?

The housing recession arose after housing prices peaked on July 2006 and started declining years after. It has affected lots of American homeowners causing foreclosures and a crisis in the overall economy. Not only did it affect homeowners, it has a tremendous effect on real estate, mortgage and home supply retail business. Six years had passed and there are reports coming out about the recovering housing industry which leads to one question – Is the housing recession over? Real estate is geographically affected and the Scottsdale real estate is reflected in our market watch.

The housing recession isn’t over yet. While it is true that the housing market is slowly recovering, home prices are not. According to the report released by the Standard and Poor’s/Case-Shiller index of prices, home prices in the nation’s largest cities rise up 1.6 % in July hitting their highest level in nearly 2 years but still down about 30 % from its peak in mid 2006. Moreover, 16 out of 20 cities measured in the index showed a significant rise in home prices led by a 17 percent increase in Phoenix. Reportedly, a house in Glendale AZ got 95 offers and was finally sold 17 percent above the asking price. Unlike Phoenix, Atlanta on the other hand, had the biggest drop of 9.9 percent.

David Blister, Chairman of the Index Committee at the S&P Dow Jones Indices said “The news on home prices in this report confirm recent good news about housing. Single family housing starts are well ahead of last year’s pace, existing home sales are up, the inventory of homes for sale is down and foreclosure activity is slowing. All in all, we are more optimistic about housing”.

Now that the home loan is still manageable because of low interest rate, is it a wise move for reluctant buyers to purchase real state property considering the other economic problems the government is facing? Some think it is. They want to grab the opportunity of having today’s price than to wait until tomorrow knowing that prices are continuously increasing and it’s a sure bet that mortgage interest rates will begin an upward trend after the November Presidential election.

To know more about our Phoenix Arizona listings, contact or email us. You can also visit http://phoenixrealestatequest.com