VA Fraud? – $54 million VA spent on prosthetics payments could not help but catch the attention of the top procurement official at the Department of Veterans Affairs.

Employees in the purchasing department of a VA hospital in the Bronx, N.Y., had used government purchase cards like credit cards at least 2,000 times to buy prosthetic legs and arms for veterans.

Each time they swiped the cards, it was for $24,999. That was precisely one dollar below VA’s charging limit for purchase cards.

When word reached Congress about the $54,435,743 worth of prosthetics bought under such odd circumstances over two years — the subject of an inspector general investigation announced Monday — lawmakers demanded details. But they were told there was no documentation.

VA officials had prepared to tell Congress that the records had been destroyed by Hurricane Sandy, according to previously undisclosed records, until a senior adviser in the Secretary’s office pointed out that the timing was wrong and the excuse would not hold up. 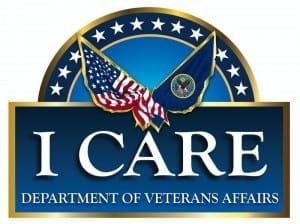 US Department of Veterans Affairs

The Bronx case was one of several acquisition practices Jan R. Frye described in an internal memo to Secretary Robert McDonald that accused the VA of mismanaging how its buys medical care and supplies for veterans.

Frye, deputy assistant secretary for acquisition and logistics, described a culture of “lawlessness and chaos” at the Veterans Health Administration, the massive health-care system for 8.7 million veterans. He said the agency has been spending at least $6 billion a year in violation of federal contracting rules to pay for medical care and supplies, wasting taxpayer money and putting veterans at risk.

Purchase cards are an appropriate way to acquire supplies or medical care that costs up to $3,000, Frye testified at a House hearing in May. But above that limit, the cards can be used for payment only if there is a certified invoice linked to a properly awarded contract. He said he suspected that the thousands of prosthetics put on cards in $24,999 increments were a sign that contracting staff was trying to get around writing contracts.

The Bronx case tipped Frye off to a wider use of purchase cards he said to run afoul of federal rules. During an 18-month period that ended last year, he documented that up to $1.2 billion in prosthetics were bought with cards and without contracts, he testified.

Acting Inspector General Richard Griffin, responding to a request from Rep. Kathleen Rice (N.Y.), a Democrat on the House Veterans Affairs Committee, is now looking into the prosthetics purchases as part of a wide-ranging review of Frye’s allegations. McDonald, after reading the 35-page memo, referred the contents to the agency’s watchdog.

VA officials had received an inquiry from Congress in September 2012 about the Bronx payments, but a letter signed by former secretary Eric Shinseki did not go out until July 2013. The agency had prepared to say that the records had been transferred to VA’s medical center in Manhattan, where they were destroyed in Hurricane Sandy, documents obtained by The Post show.

But in reviewing the claim that the records had been destroyed, a senior adviser in Shinseki’s office was skeptical. “Gemma — this isn’t going to work,” the adviser wrote in an e-mail obtained by The Post.

“The [congressman’s] letter was dated 26 Sept and the storm was 28 October. Yet we talk about visits in December 2012 and again in January. Not clear why we didn’t figure out in December that we lost the records and had to go back in January,” he wrote in April 2013.

“This is not cleared.”

Rice said in a statement Monday, “The damage caused by Superstorm Sandy was devastating and far-reaching, but the claim that all of these documents were destroyed strikes me as all too convenient and must be substantiated. We need to know exactly what happened to the documents, how and why this money was spent without written contracts, and who is accountable.”

The letter that finally went to Congress, signed by Shinseki, said simply:

“No contract files exist” and “there is no evidence of full and open competition” for the prosthetics bought in the Bronx.
Article by The Washington Post $54 million VA spent on prosthetics: