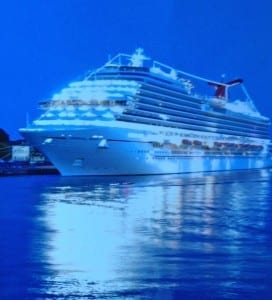 With some intriguing innovations, inventive twists on old themes and a more refined look than any of its predecessors in the Carnival fleet, this 130,000-ton, 3,690-passenger behemoth debuted in May 2011 and instantaneously became one of the coolest ships on the high seas.

Carnival Magic marks the end of the line for longtime Carnival interior architect Joe Farcus, and he’s going out in style. While you can still expect a heaping dose of neon, mirrored surfaces and other eye-popping glam (what’s with all the creepy eyeball-ish orbs in the atrium?), his touch is more limited here than on his other ships, inasmuch as other designers lent a helping hand. As such, there’s a scintillating sophistication to many spaces, from the main dining rooms (Southern Lights and Northern Lights) to the sun deck (particularly the Serenity adults-only retreat). 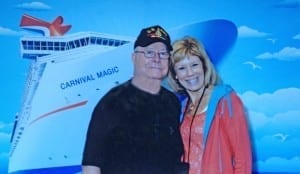 Much of what’s found onboard Carnival Magic came from first-in-class sib Carnival Dream, including the Seaside Theatre; the massive two-deck Cloud 9 spa; the WaterWorks aqua park (Magic has two waterslides — a corkscrew and a bowl slide — to Dream’s one); and special family cabins designed to accommodate five passengers (featuring two bathrooms).

But Magic isn’t simply a more polished version of Dream. The ship has ushered in a handful of new features, including Cucina del Capitano, an Italian restaurant serving up handmade pastas and singing waiters for a $10 fee; Cherry on Top, a perky little candy shop-cum-tux rental place off the atrium; and the industry’s first water “dump bucket,” which complements the ship’s water slides. 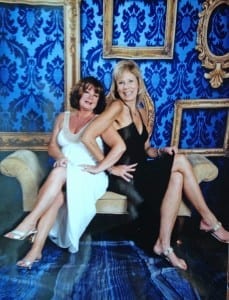 A quick pick before dinner

Candy? Ravioli? A drenching torrent? All pale in comparison to the rousing success that is the RedFrog Pub, a new Caribbean-themed watering hole that became an instant icon the moment it started serving its own home brew, Thirsty Frog Red Ale — suds so satisfying that the taps ran dry during the ship’s inaugural cruise, and so popular that they’re now available nearly fleetwide. The pub is located on the Lanai, the promenade ringing Deck 5, a perfect setting for a sunset happy hour that rivals any afloat.

Then there’s the new-to-Magic SportSquare outdoor recreation area, an in-your-face challenge to Royal Caribbean’s heretofore lock on adrenaline-pumping onboard adventures. Featuring the first-ever ropes course at sea (it only looks easy), an outdoor fitness area (Sky Fitness) and two-level mini-golf course, SportSquare is a welcome addition to the cruise world. Whether it’s truly a notch above Royal’s zip lines and surf simulators is open to debate. 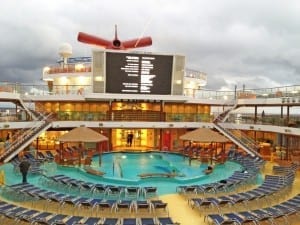 On Board Pool and Theater

Don’t worry: This is still a Carnival ship, so there’s a rocking night scene (take it from us: if you stand on a table in the disco at 2 a.m., you will be noticed by security), soft-serve ice cream whenever you want it, photographers nagging you for shots at every corner and poolside contests galore. Kids get a lot of attention with several glittery playrooms with a clubby vibe, and you can still buy gold-by-the-inch.

After spending its inaugural summer 2011 season plying the waters of the Mediterranean, Carnival Magic now homeports in Galveston, offering weeklong journeys to both the Western and Eastern Caribbean. It’s a major get for the surging Texas port.

So what did it get? One doozy of a newcomer. Of course, there are some things that don’t quite gel (buffet mob scenes, room service blandness, loud cabins, a disappointing spa — read on for details), but it’s okay: These worries are likely to pull a disappearing act. You’re on a ship named Magic, after all.