A Look Ahead for Home Loan Rates

Key Stories to Watch Heading to 2014

The last quarter of 2013 is officially here, and it could prove to be another volatile one. As we head toward the new year, there are several key stories to monitor, as they could have a big impact on home loan rates.

To Taper or Not to Taper
One of the biggest headlines over the past year has been the Fed’s decision to purchase $85 billion of Bonds a month to help stimulate the economy and housing market. This includes Mortgage Bonds, to which home loan rates are tied, and these purchases have helped home loan rates remain attractive.

The Fed has said the rate of its purchases will continue to depend on economic data, and could be increased or decreased accordingly. In its September meeting of the Federal Open Market Committee, the Fed decided not to taper its purchases due to recent economic reports that were worse than expected. Fed Chairman Ben Bernanke stated that tapering could “possibly” come later this year.

Love for Labor Lost?
The Jobs Report for August didn’t show much love for workers as the Labor Force Participation Rate, which measures the number of people who are either employed or are actively looking for work, fell to its lowest level in 35 years. Job creations in August were also lower than expected, with 169,000 jobs created in August versus 177,000 expected. Compounding this number, job creations for June and July were revised lower, shaving 74,000 jobs from the previous reports.

The unemployment rate for August dropped to 7.3 percent, and while this was the lowest rate since December 2008, a key factor in its decrease has been the number of people leaving the labor force rather than organic job growth. At its September meeting, the Fed also noted that the unemployment rate remains above acceptable levels. The labor market will continue to play a key factor in the Fed’s decision regarding tapering.

Also of note, the National Association of Home Builders Housing Market Index rose to 59 in August—the best level in nearly eight years since reading 61 in November in 2005. And research firm CoreLogic reported that home prices rose 12.4 percent in July 2013 compared to July 2012. This marks the seventeenth consecutive month of year-over-year price gains. However, home prices remain 17.6 percent below their peak levels, which were set in April 2006. 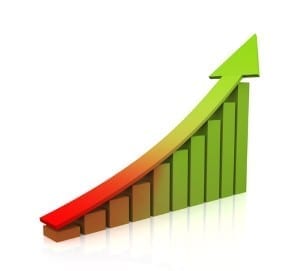 The Taming of Inflation
The data does indeed show that inflation continues to remain tame, as the Consumer Price Index in August came in below expectations and was lower than the July reading. Wholesale inflation in August also remained tame.

Remember that inflation is the arch enemy of Bonds (and therefore home loan rates, which are tied to Mortgage Bonds) because inflation reduces the value of fixed investments like Bonds. Inflation at both the wholesale and consumer levels remains tame, as evidenced by the Producer and Consumer Price Indexes for July. Low inflation has given the Fed cover to continue its Bond purchases, but if inflation heats up, this could cause Bonds and home loan rates to worsen.

The Bottom Line
Home loan rates remain attractive compared to historical rates. If you have any questions about your personal situation, or would like to inquire about a home loan purchase or refinance application, please don’t hesitate to contact us. Our mortgage partner is Alisa Glutz. We hope you enjoy this month’s issue of Luxury Valley Homes Magazine.