Phoenix Metropolitan Area – It includes several cities that are right next door to each other and extend over 80 miles from east to west and 40 miles from north to south. When we talk about Phoenix Arizona real estate and The Valley of the Sun, the area includes Carefree, Cave Creek, Chandler, Gilbert, Mesa, Paradise Valley, Peoria, Scottsdale, Sun City, Surprise, Tempe and more all within Maricopa County. 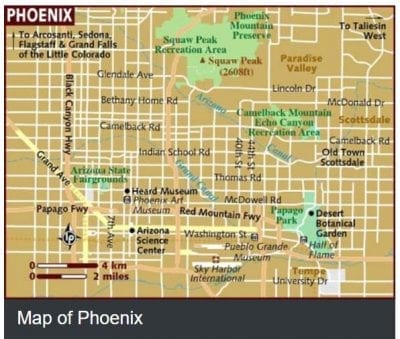 Average Rainfall – less than 8 inches
Average Sunny Days in the Valley are more than 300 per year.
Average Drive to Work Time – 22 minutes.
Average Daily Temperature in July is 102 degrees.
Average Electric Bill per APS statistics (assumes a 2,500 square foot house with a family of 4 and a pool) is $180 to $200 per month in summer, $85 to $105 in winter

Below is a chart showing climate data collected from Sky Harbor Airport. Note that due to the vast area covered by the MSA, climates differ throughout the valley. From Phoenix to North Phoenix the temperature can be as much as 10 degrees less as the elevation increases. 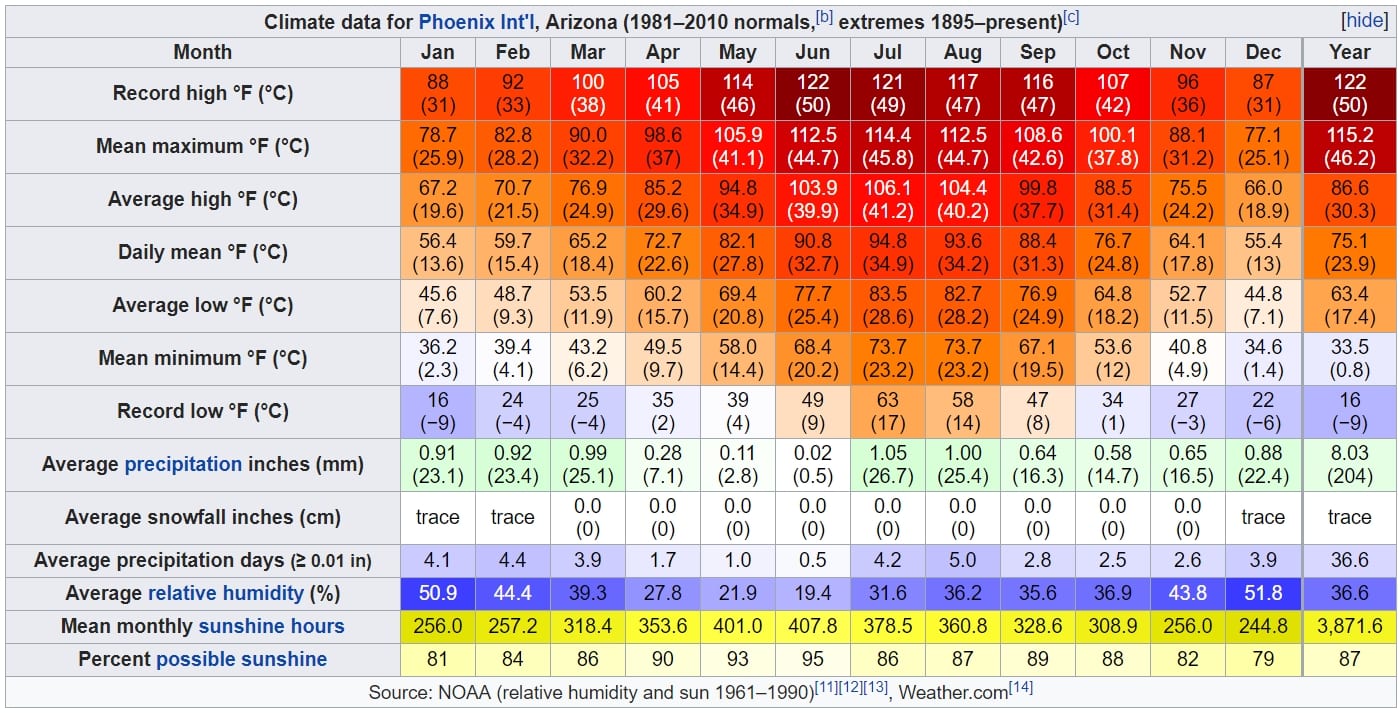 If you need additional information about the area just call or email us. Ask us about our relocation guide that we have available for our customers.