The Presidential Unit Citation (Army) was awarded to MACV-SOG (Military Assistance Command, Vietnam Studies and Observations Group), during a ceremony at Ft. Bragg, North Carolina on April 4, 2001. The citation is awarded to units for extraordinary heroism in action. The unit award is equal to the individual award of the Distinguished Service Cross, the U.S. military’s second highest award for valor, with the Medal of Honor being number one. 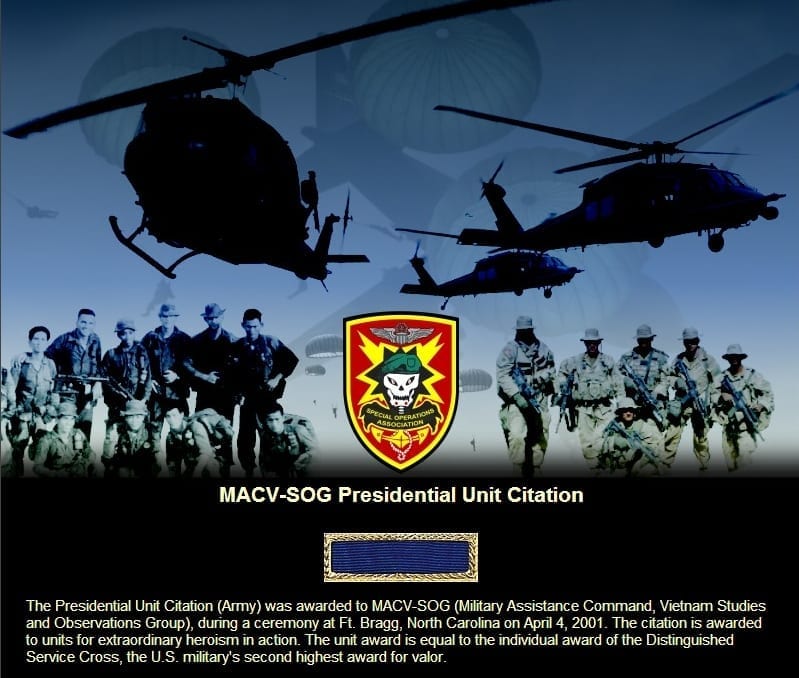 DEPARTMENT OF THE ARMY

FOR
EXTRAORDINARY HEROISM IN MILITARY
OPERATIONS AGAINST AN ARMED ENEMY

GIVEN UNDER MY HAND IN THE CITY OF WASHINGTON 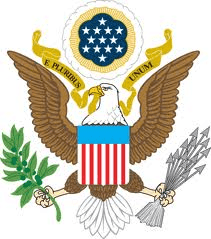 Read about the award in its entirety at the URL that follows:  http://www.specialoperations.org/macvsog_puc.html