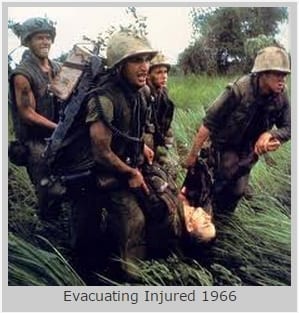 Vietnam War Part I of IV – It has been the subject of thousands of newspaper and magazine articles, hundreds of books, and scores of movies and television documentaries. The great majority of these efforts have erroneously portrayed many myths about the Vietnam War as being facts. [Nixon]

“No event in American history is more misunderstood than the Vietnam War. It was misreported then, and it is misremembered now. Rarely have so many people been so wrong about so much. Never have the consequences of their misunderstanding been so tragic.” [Nixon]

Myth: Most American soldiers were addicted to drugs, guilt-ridden about their role in the war, and deliberately used cruel and inhumane tactics. 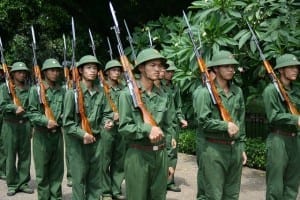 Isolated atrocities committed by American soldiers produced torrents of outrage from antiwar critics and the news media while Communist atrocities were so common that they received hardly any attention at all. The United States sought to minimize and prevent attacks on civilians while North Vietnam made attacks on civilians a centerpiece of its strategy. Americans who deliberately killed civilians received prison sentences while Communists who did so received commendations.

From 1957 to 1973, the National Liberation Front assassinated 36,725 South Vietnamese and abducted another 58,499. The death squads focused on leaders at the village level and on anyone who improved the lives of the peasants such as medical personnel, social workers, and schoolteachers. [Nixon] Atrocities – every war has atrocities. War is brutal and not fair. Innocent people get killed.

Myth: Most Vietnam veterans were drafted.

What are some of the myths and facts concerning black veterans, the poor, uneducated, KIA’s, WIA’s, MIA’s statistics on the Vietnam War?

Your currently reading Vietnam War Part I of IV