Home/Events, Luxury Valley Homes, Scottsdale Arizona, Scottsdale Real Estate/Fourth of July in The Valley of the Sun
Previous Next

The Fourth of July is upon us and once again a great time to commemorate our national day of Independence. Celebrating the Fourth of July is one of the best parts of a summer. The holiday, as we know it, goes hand in hand with fireworks, barbeques, parades picnics and never ending fun. Spending your Fourth of July in the Valley of the Sun, you’ll get to join the fun and festivities of the day.

One major reason why we celebrate the Fourth of July is because it’s the Independence Day: a holiday commemorating the signing of the Declaration of Independence in 1776.

The Continental Congress appointed a committee of five men to work on a draft of the declaration known today as The Committee of Five. The committee consisted of John Adams, Benjamin Franklin, Thomas Jefferson, Roger Sherman, and Robert R. Livingston. Thomas Jefferson was delegated by the committee to singularly write the Declaration, although Adams and Benjamin Franklin made many revisions before it was finally submitted to Congress on June 28, 1776.

On July 8, 1776, the Liberty Bell sounded from the tower of Independence Hall summoning citizens to gather for the public reading of the Declaration of Independence by Colonel John Nixon.

Here are some fun facts about the Fourth of July:

Have you ever wondered why fireworks are always present during the Fourth? Fireworks have been used for some time even during the American Revolution. In a famous letter John Adams wrote to his wife, he states how the holiday deserves to be celebrated with “illuminations” or fireworks. Nowadays, from the fireworks, the succeeding generations solemnized the celebration with merrymaking, and thus, a big celebration.

In the Valley of the Sun, there are various Fourth of July events for you and for family. Come take a look at some of these events.

July 4, 2013 – Several activities will be happening in the Phoenix Zoo such as All American BBQ dinner at Lakeside lawn, Endangered Species Carousel, beer and wine and much more.

July 4, 2013 – Celebrate your Independence Day in a Western Style at Rawhide. This is a party you’re looking for as we’ve got you covered with cowboys, gunfights, foods, family and fireworks.

July 4 – 7, 2013 – Celebrate in a star-spangled style as the Fairmont Scottsdale Princess is unfurling its third annual “Fourth of July Freedom Fest” – a four day event with concerts, fireworks, and poolside fun.

So let’s go ahead and have some fun on the Fourth of July in the Valley of the Sun. Let us all have a meaningful celebration in the presence of our friends and families showing patriotism and thankfulness for the wonderful gift of independence. Happy Fourth of July! 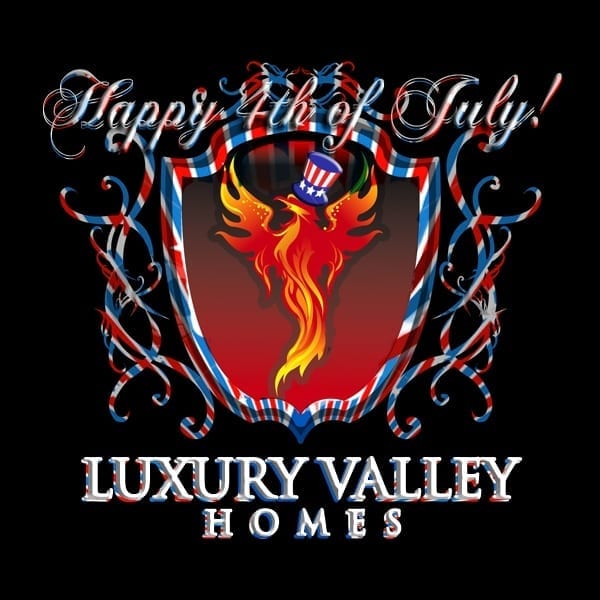