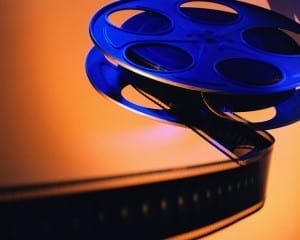 5-9th in the Harkins Shea 14 Theater in Scottsdale, Arizona. It is a gathering of the world’s filmmaker enthusiasts and everyone is expecting award-winning, spectacular films from all over the world.

The committee has released at least 38 contenders that are included in the festival. The film genre ranges from drama to comedy to science-fiction and is participated by different countries around the world.

Some of the participants include:

If you are not into films, you can still join the festivity by becoming a volunteer. Passes, tickets and shirts will be rewarded to the volunteers.

Scottsdale, Arizona is one of the most livable cities in the United States that has year round festivals and activities that captivates everyone’s affection.

Jeff Daley is a REALTOR® and owner/agent of Luxury Valley Homes real estate. He is a member of the International Institute for Luxury Home Marketing and has taken specialized training in the selling and marketing of upper-tier homes. He holds an a PhD and MBA from George Washington University and rose through the ranks to senior management within Lucent Technologies with responsibilities for marketing and operations before taking early retirement in 1999 and starting his second career in real estate. Jeff has won numerous awards in real estate, is a Certified Luxury Homes Marketing Specialist, a member of the Millionaire Guild, has certified as a Graduate REALTOR® Institute, Distressed Property Expert® and e-PRO. Daley is published in national publications, is an instructor for real estate and is a distinguished combat Veteran and a member of the Veteran of Foreign Wars.

He and his partner/wife Jane have their business in Scottsdale, Arizona where they serve the entire Valley of the Sun area and specialize in International and Scottsdale real estate. Jeff is also available as a media resource for interviews or articles.

For more information, contact Jeff Daley at Luxury Valley Homes in Scottsdale, Arizona at 480-595-6412 or email.