Why Millennials Choose to Buy | LuxuryValleyHomes.com

Why Millennials Choose to Buy | LuxuryValleyHomes.com

Why Millennials Choose to Buy

“The majority of millennials said they consider owning a home more sensible than renting for both financial and lifestyle reasons — including control of living space, flexibility in future decisions, privacy and security, and living in a nice home.”

The top reason millennials choose to buy is to have control over their living space, at 93%.

Many millennials who rent a home or apartment prior to buying their own homes dream of the day that they will be able to paint the walls whatever color they’d like, or renovate an outdated part of their living space.

Below is an Infographic that summarizes this topic as follows: 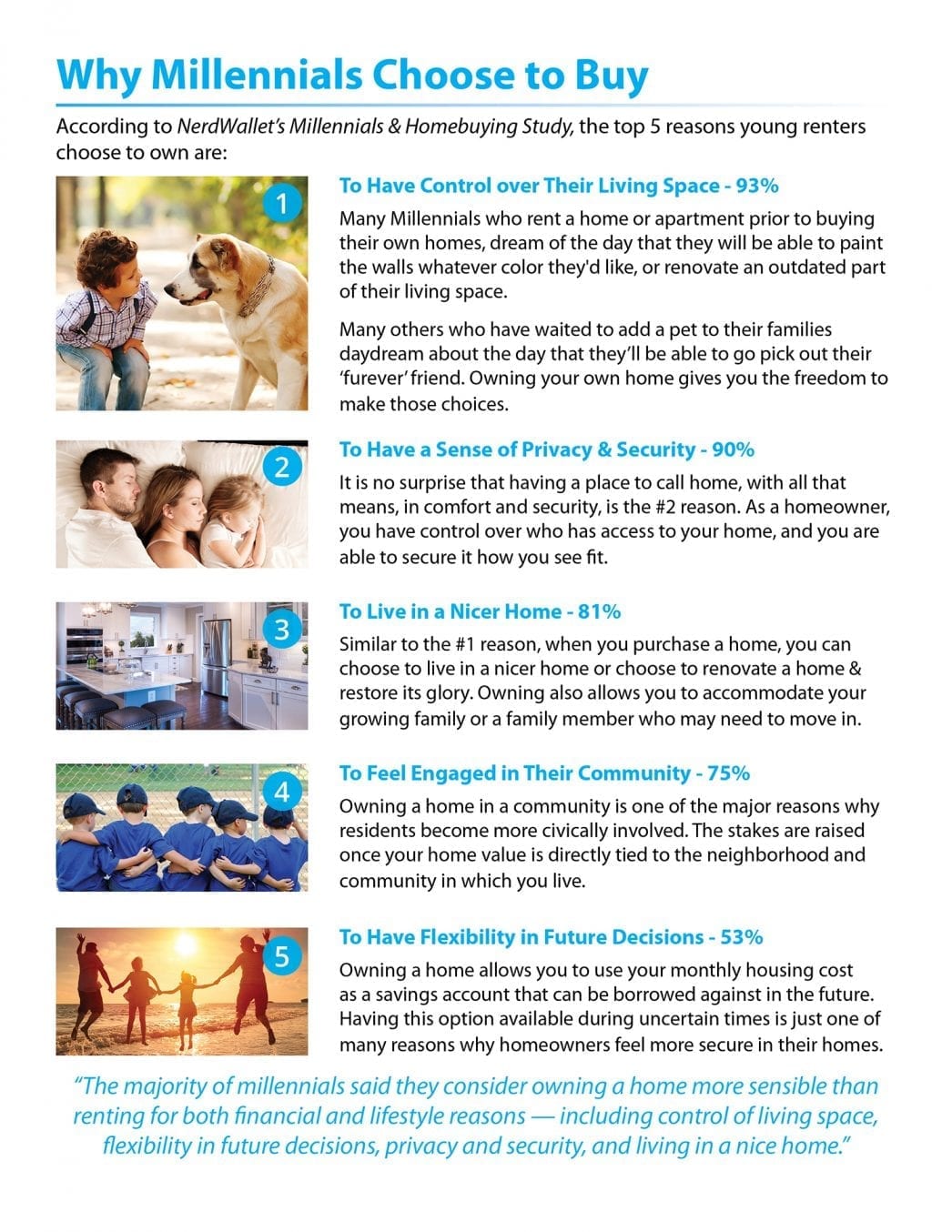 Why Millennials Choose to Buy – About Millennials (also known as Generation Y) are the demographic cohort following Generation X. There are no precise dates for when this cohort starts or ends; demographers and researchers typically use the early 1980s as starting birth years and the mid-1990s to early 2000s as ending birth years.

Millennials are sometimes referred to as “Echo Boomers” due to a major surge in birth rates in the 1980s and 1990s, and because Millennials are often the children of the Baby boomers. The 20th-century trend toward smaller families in developed countries continued, however, so the relative impact of the “baby boom echo” was generally less pronounced than the post-World War II baby boom.

Millennial characteristics vary by region, depending on social and economic conditions. However, the generation is generally marked by an increased use and familiarity with communications, media, and digital technologies. In most parts of the world, their upbringing was marked by an increase in a liberal approach to politics and economics; the effects of this environment are disputed. The Great Recession has had a major impact on this generation because it has caused historically high levels of unemployment among young people, and has led to speculation about possible long-term economic and social damage to this generation.

People that read this also found interesting the article that follows: