Federal Rate Hike: What Will Happen With Mortgages?

Federal Rate Hike: What Will Happen With Mortgages?

Federal Rate Hike: We knew it was coming, it was just a matter of when. Even before Federal Reserve Board Chair Janet Yellen announced a 0.25% interest rate hike on December 16 (the first in nine years), speculation was circulating. 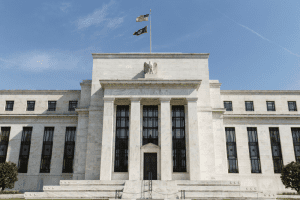 What Will Happen With Mortgages?

Here are a few housing-related highlights from a variety of sources:

◾Home buyers, now’s the time to pay attention: Mortgage rates won’t skyrocket overnight, but they are expected to start climbing. A typical rate on a 30-year mortgage is 3.9%. That’s very low. In 2006, mortgage rates were above 6%. – CNN Money

◾“This is the first Federal rate hike of multiple ones that will be coming up over the next couple of years,” said Lawrence Yun, chief economist for the National Association of REALTORS® (video analysis here). “Consumers should anticipate the broad rising interest-rate environment in their calculation of whether they want to buy a home and the timing of when they purchase it.” – Miami Herald

◾“I have home buyers now that are looking to close their transactions in January and I’ve actually been advising them to hold off,” said Rocke Andrews, a mortgage-loan originator in Arizona and president of the National Association of Mortgage Brokers. He says adjustable-rate mortgages might go up now that the Fed has raised its federal funds rate, but he thinks longer-term mortgages may actually go down a little. – Marketplace

◾“The federal rate hike doesn’t affect mortgage rates,” said UMB Bank Chief Investment Officer K.C. Mathews. “However, a lot of people will think that with the rate increasing, it might be time to make the big purchases, like a house or car.” – Phoenix Business Journal

◾Thirty-year mortgages are priced off 10-year Treasury note yields, which do rise as short-term rates climb, but not as steeply. Doug Duncan, chief economist of Fannie Mae, expects this week’s Federal rate hike to have virtually no immediate impact on Treasury or mortgage rates. – USA TODAY

You can see more information at the Federal Reserve website.