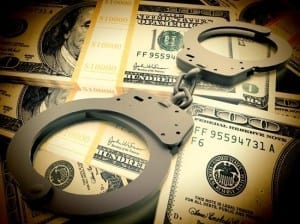 In its infancy, mortgage fraud was a shallow crime that included little more than lying on a loan application. As the internet widened into a global marketplace, fraudsters gained the ability to create a corporate front with little more than an old copy of Photoshop. From 2009, criminal shenanigans involving bonds climbed to profound levels, creating a niche that generated enough revenue to support a small country. Digital smoke and mirror tactics allowed perpetrators to pose as lenders, estate agents and attorneys. Schemes multiplied and evolved, demonstrating a resilience that could only indicate a pessimistic future for naave homebuyers.

In its simplest form, mortgage fraud is described as a creative financing technique in which borrowers fiddle their figures to win better bond terms. A more inclusive definition defines the crime as any misrepresentation of the truth relating to a property purchase or sale. Artful `earners` have broadened this simple fraudulent practice, turning it into an industry with its own trends and niches. The property market is a complex one that is subject to fluctuations. This tendency towards change turns mortgage fraud into a constantly moving target that morphs itself into whatever shape is most lucrative for the market of the moment.

Origination fraud generated revenues of $12 billion in 2010 and the guilty parties involved sometimes had all the badges and accreditations one would expect from an honest lender. Developers and settlement attorneys joined organized criminals in the quest to exploit the banking and bond industries through kickbacks, falsified income, misrepresented occupancy and false deposits. Professional fraudsters joined the fray with their own tactics, which included Ponzi schemes and reverse mortgage scams. Amateur homebuyers crunched numbers and facts to gain housing, while white-collar property market workers manipulated transactions for financial profit.

Identity theft has allowed perpetrators to steal an asset that is too big to carry. Con artists assume property owners` identities in order to forge deeds that transfer homes into their names and sell them at a profit. More ambitious criminals take on hundreds of homeowners at once by offering financing while amassing the returns of loans without making repayments. Unsolicited advertising is one of the most glaring warning signs for this kind of fraud. Homeowners can go a step further by doing background checks on all mail received from mortgage companies. Regular checks with deeds offices help to identify falsified documents and signatures.

Sometimes, avoiding fraud takes little more than common sense. Offers that appear to be too good to be true usually are and acknowledging this may keep you and your home out of harm`s way. Those who offer bonds that don`t require upfront deposits are generally looking to earn a tidy sum out of your ignorance.

The internet has increased investors` access to information, which allows borrowers to do comprehensive background checks that might reveal suspicious behavior. Dubious signs include brokerage levels that don`t correspond to the MLS system`s postings, evidence of frequent flipping of personal property and poor administrative support. When brokers and their staff aren`t creating airtight documentation that is correctly filled out, filed and ruled by strong policies, the professionals` seeming lack of attention to detail may in fact indicate more menacing activities.

Sometimes, professionals become criminals purely due to naive inaction. Honest specialists can inadvertently participate in mortgage fraud by failing to comply with the laws governing housing transactions. A reverse mortgage counselor protects the client by ensuring that all transactions are understood, qualified and lawful.

It is expected that tricksters operating in the housing market will generate growing revenues that will reach $144 billion within the next decade. The economic crisis has left US households with an average of $22, 720 in consumer debt. Distressed property owners have thus become tempted to use mortgage fraud as an escape from financial worries. Mortgage debt relief offers a way out that comes with a clean slate and an unsoiled conscience.

Article brought to you by: Luxury Valley Homes team.