No Man Left Behind Doesn’t Apply

While our homeless veterans are left behind, we are importing thousands of Afghans into the U.S. and turning our military bases into immigration camps. The Biden administration advised the military to prepare for 50,000 new immigrants. 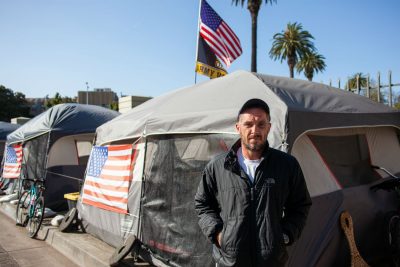 The cost of housing will run from $25K to $50K depending on housing and medical requirements. [DoD Chief of Staff]

On the southern border, we have had over 1.111 Million people ask for asylum and reports have shown the migration has not slowed. [CBP 08/03/2021} That surpasses the population of San Jose, CA.

There are claims that we have a moral obligation to refugees but should they not be vetted, cleared of COVID, and enter the country legally? Veterans say no man left behind.

What About our Homeless Veterans?

At the mouth of Brentwood sits a unique homeless encampment where tents are emblazoned with American flags it is a camp made up entirely of veterans they run it like a military outpost complete with chores and drop-off locations but these vets are here fighting a new battle. In 1887 these 388 acres were deeded to the federal government to house disabled and shelter veterans, it’s in the heart of Brentwood to the chagrin of residents in the area who want it gone.

During and after the Korean War 4000 called this place home but since then it’s hosted a parrot park, a UCLA baseball diamond, a dog park, storage for 20th Century Fox, and other events/organizations.

Today, these veterans can’t get access to the area.

Robert Reynolds is an Iraqi war vet who came here in 2018 for PTSD treatment but the VA in Los Angles wouldn’t let him in with his service animal, He would not give up his service dog so he ended up out on the sidewalk. No longer homeless, he is still involved with the veterans. He has known six veterans that passed away in the street camp. The consensus is that it’s unacceptable that veterans die on the street.

This property is 388 acres, put into comparison Disneyland is 100 acres so it’s nearly four Disneyland’s of property. In 2016 they went to court and promised 1600 units for veteran housing, so far they have exactly 54 units behind the gates at the Los Angeles national veterans park.

This is the 33rd Congressional District with congressman Ted Lieu who does not answer anybody that requests help or services from this location.

Raymond Arroyo a Fox News reporter reached out to the veterans administration in Los Angeles for answers and they told fox they have been in regular contact with the 45 veterans who live along Santa Center Blvd. They advised that they had food services supplies and hygiene resources for our veterans. In truth, those services are being supplied by volunteer organizations.

My thought centers on how quickly housing, meals, and medical has been provided for over a million immigrants – For our homeless veterans – years have passed, and they are still waiting.

Back to Front Page