Women’s long history in the Military 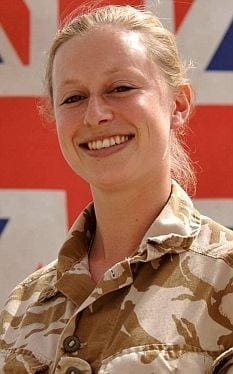 Corporal Sarah Bryant was the first female soldier to be killed in Afghanistan.

Women’s long history in the military has served in every major war in U.S. history. After proving their utility in combat, opportunities for female troops usually expanded following each conflict.

1775: During the American Revolution, women serve as matrons at Army hospitals, as cooks, laundresses, ammunition carriers and water bearers. Some take up arms, like Deborah Sampson. She disguised herself as a man, fought for three years, was wounded twice and earned a military pension.

1861-65: During the Civil War, women serve as battlefield nurses, civilian spies, and uniformed fighters disguised as men. Mary Walker, a surgeon volunteer with the Union Army, survived several major battles and was held for months as a prisoner of war. She is the only woman in history to have been awarded the Medal of Honor, the highest for valor in combat.

•Women in ground combat: Can they do it?
•Global comparison of national policies
•Chronology: Women’s long history in the military

1917-18: During World War I, more than 30,000 women enlist in the military. Most are nurses or clerks, but some brave enemy fire in France as telephone operators. Some 400 women died in service, mostly from war-related disease. The rest were discharged from duty after the war.

1941-45: About 400,000 women volunteer to “free a man to fight” during World War II. They serve at home and overseas, starting as nurses and clerks and moving into virtually every non-combat occupation. Some carry weapons in self-defense. Nearly 500 died.

1948: Congress makes women permanent members of the peacetime military, with restrictions capping them to 2 percent of personnel, barring them from the rank of colonel or higher, and keeping them out of combat.

1950-53: During the Korean War, female reservists are involuntarily recalled to active duty for the first time. More than 120,000 women serve, many as battlefield nurses. At least 16 dies, mostly in plane crashes.

1973: The draft ends and the military tries to recruit more women.

1974: Under threat of lawsuits, Pentagon decides to stop mandatory separation from service of pregnant women. 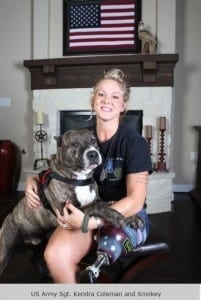 Sgt. Kendra Coleman and Smokey – US Army Wounded in Iraq

1978: Women allowed to serve on hospital and transport ships, after restrictions deemed unconstitutional.

1988: Pentagon task force establishes a “Risk Rule” to determine where women could serve.

1989: Women engulfed in combat during Panama invasion, including female pilots heavily fired on and military police officers engaged in an infantry-style firefight.

1994: Pentagon rescinds its “risk rule” and permits women to serve on most warships. Women begin graduating from training as fighter pilots and other combat aviation jobs. New ground combat exclusion policy keeps women out of infantry, tanks, artillery and special operations, as well as combat units of battalion size and smaller. 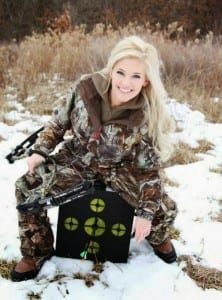 2000: Two female sailors among 17 Americans killed in the bombing of destroyer USS Cole in Yemen.

2002: A female Marine killed in Pakistan plane crash is the first military woman to die in Afghanistan war.

2012: Two separate federal lawsuits by military women seek to overturn Pentagon restrictions on women in combat, calling them unconstitutional, detrimental to the military and outdated given contributions by women during 11 years of war. 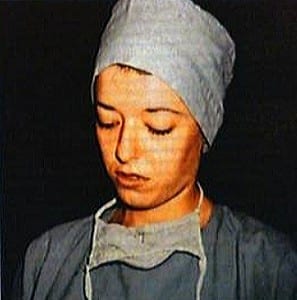 2012: Defense Department scraps its “co-location prohibition” on women serving with men in combat zones and announces that 14,000 positions will be opened to women on an experimental basis, including battalion-level support jobs in artillery, tank and combat engineer units. Services directed to develop “gender-neutral standards for physically demanding job-related tasks.”

2012: Marine Corps conducts research into women in ground combat by accepting women volunteers into its Infantry Officer Course. As of 2015, none had passed.

2013: Defense Secretary Leon Panetta rescinds ground combat exclusion policy and orders services to open all assignments to women, including infantry, tanks and special operations forces, by Jan. 1, 2016 or justify why an exception should be granted.

2015: In January, Army decides to allow women to attend Ranger school in the spring.

September 2015: deadline for services to develop and validate gender-neutral standards for all jobs. The decision on whether to ask for an exception to bar women from infantry and other direct ground combat jobs expected.

Jan 1, 2016: deadline for full integration of women into all military jobs, other than any granted exceptions.