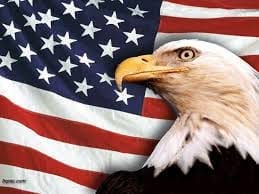 WWI Bonus Expeditionary Army – Veteran’s Day will soon be upon us. It’s been said that the Active Duty Military would never take up arms against its brothers and sister veterans. It could never happen – But it did!

The WWI Bonus Expeditionary Army was the popular name of an assemblage of some 43,000 marchers—17,000 World War I veterans, their families, and affiliated groups—who gathered in Washington, D.C., in the spring and summer of 1932 to demand cash-payment redemption of their service certificates. Its organizers called it the Bonus Expeditionary Force to echo the name of World War I’s American Expeditionary Force, while the media called it the Bonus March. At the order of President Herbert Hoover, the Army was ordered to move the Veteran’s back across the bridge.

A footnote: The break-up of the Bonus Army in Washington was conducted by Army Chief of Staff and World War I veteran Douglas MacArthur, assisted by Majors George Patton and Dwight Eisenhower. MacArthur is considered to have exceeded President Hoover’s intentions [and possibly his explicit instructions] with his heavy-handedness. MH [Source: The New York Times]

Two babies died and nearby hospitals overwhelmed with casualties. Eisenhower later wrote, “the whole scene was pitiful. The veterans were ragged, ill-fed, and felt badly abused. To suddenly see the whole encampment going up in flames just added to the pity.” [Source: WWI Bonus Expeditionary Army – Eyewitness to History]

President Rosevelt replaced Hover and realized as he saw another war on the horizon the veteran had to be compensated in some way for giving up all to serve the country. The G.I. Bill was born.

– Those that have followed our blog know that I deviate from our market news from time to time and speak to a topic that I am passionate about – The Vietnam War. One of my battle buddies sent me the video that follows that represents a summary of […]