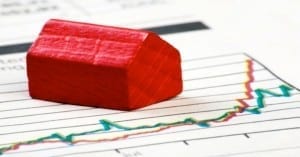 Notice to potential homebuyers. Mortgage rates rise for second week in a row.

Average fixed mortgage rates up slightly for the second week in a row, according to Freddie Mac’s weekly Primary Mortgage Market Survey.

Author: Trey Garrison – Trey Garrison is the Senior Financial Reporter for HousingWire magazine and HW.com  Trey has served as real estate editor for the Dallas Business Journal, and was one of the founding editors of D CEO Magazine. He has been an editor for D Magazine — considered among the best city magazines in the United States — and a contributor for Reason magazine, the national magazine that promotes free minds and free markets. Follow him on Twitter @TreyGarrisonHW and reach him at 469-893-1502.