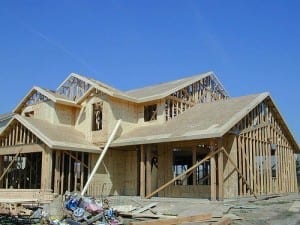 New Home Building on the Rise

Nationally Home Sales Increase – The operative word here is, national sales of new homes rose more than projected in July to match a two-year high. An important fact to remember is that real estate is geographical in nature and while the west may have stunning increases, elsewhere in the U.S. may not be as stellar.

Sales climbed 3.6 percent to a 372,000 annual pace, following a 359,000 rate in June that was higher than previously estimated, figures from the Commerce Department showed today in Washington. Last month’s rate was the same as in May, which was the strongest since April 2010. The median forecast of 72 economists surveyed by Bloomberg called for a rise to 365,000.

Some prognosticators believe the demand could continue to climb right on into 2013.

Sales of new homes, tabulated when contracts are signed, are considered a timelier barometer than purchases of previously owned dwellings, which are calculated when a contract closes. Newly constructed houses accounted for 6.7 percent of the residential market in 2011, down from a high of 15 percent during the boom of the past decade.

The NAR figures also showed distressed sales, comprised of foreclosures and short sales, in which the lender agrees to a transaction for less than the balance of the mortgage, accounted for 24 percent of existing-home purchases. The share was less than the prior month and down from 29 percent in July 2011. Of those, 12 percent were foreclosed houses and 12 percent were short sales.

You can review the local August 2012 financials for the Scottsdale real estate area at Maricopa County Real Estate Market Watch.

This Article is titled: Nationally Home Sales Increase – There are big differences in the state of the economy from national to local so be aware. This information is only to be used as an informational benchmark.