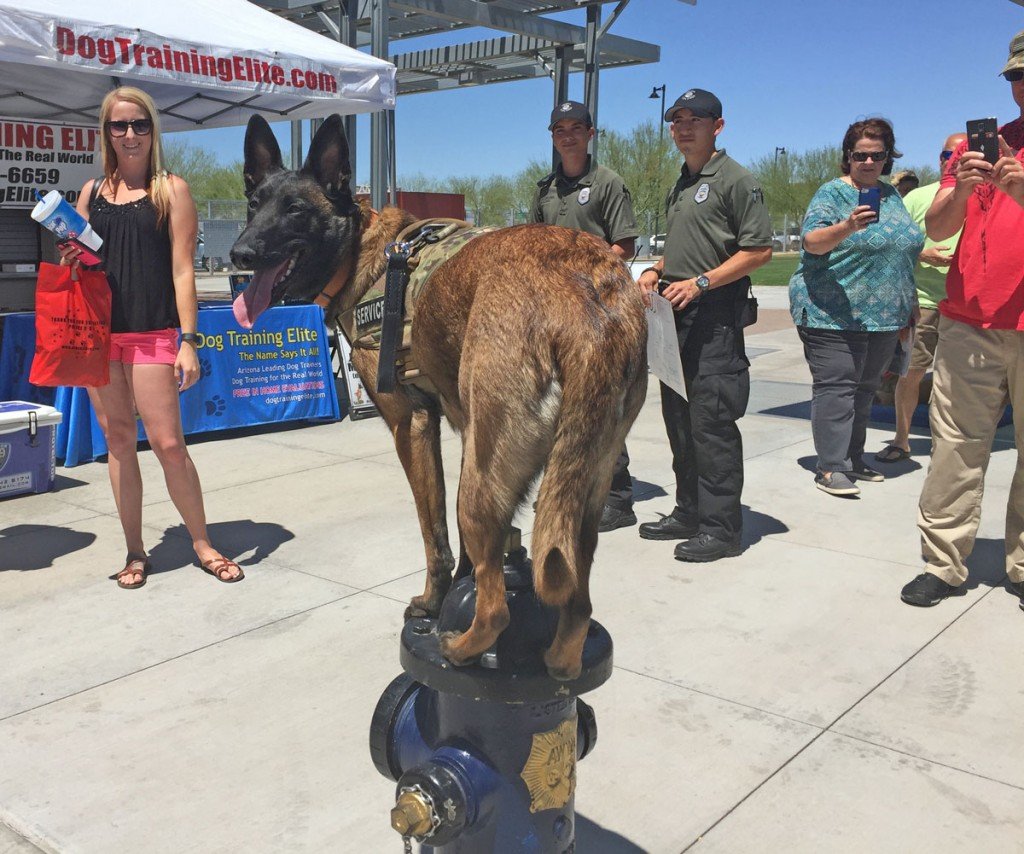 A Belgian Malinois gaining elevation for a better view

During the weekend we were able to observe active Police, Military, Government and Security canine teams from around the nation competing in various field exercises. Most of the events were judged by time, and points for scoring purposes. From what we saw all the teams were winners.

We could not witness the building, narcotics and explosives searches because that had to be take place in a controlled environment. During the intermissions, vendors were selling shirts, hats and other canine and police related products. Canine, SWAT and Fire Vehicles were on display and a big hit with the kids. In addition, a dog training organization was demonstrating the capabilities of a well trained K-9 for the homeowner. One of those showing off is pictured above.

The events in the competition included:

The annual Desert K-9 Competition is not funded by public funds. All costs associated with this event must be raised through donations, sales of program ad space, or vendor booth fees. Admission is free but donations were gratefully accepted.

You can visit the memorial at Wesley Bolin Plaza, which is located at  1700 West Washington Street, at the corner of 17th Avenue, Phoenix, Arizona. Comments or feedback on the memorial are welcome regarding the Memorial. They invite you to leave your comments or suggestions in their guest book.

It was a great way to spend the day in our sun field beautiful valley of the sun here in Arizona.