VA HealthCare Treatment | Continuity of Care is AWOl – URGENT: Some may have noticed I have not been around for a while. By the title of this article, you probably already guessed why. 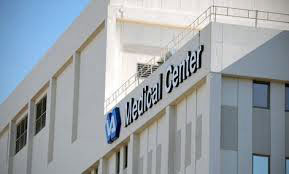 A strange thing happened to me while in CA celebrating my grandson’s seventh birthday. During our daily walks along the ocean, I started walking as though intoxicated, drifting left, feeling off balance, and weak on the left side of my body. A bit disconcerting for me as my usual activity level is high. Now I find myself physically and intellectually limited and determined to fight through this process. Needing help, I turn first to my VA PACT Team Primary Care Physician. (PCP)

Being I can never, reach them by phone because of the answering system I usually have better luck communicating by way of the VA-secured messaging system.

The response I got back after giving them the symptoms was that I needed to wait for my regularly scheduled appointment and that if I got worse I should go to the VA emergency room. Just hearing the symptoms one might think first of a stroke so the urgency of care seemed justified – Not in this case.

My tolerance for pain is high but the next day the pain I was feeling blew through those levels. It was so debilitating that I needed someone else to drive me to the VA hospital.

I was admitted rather quickly, and placed in a holding area where triage was conducted for admitting patients. After six and one-half hours I spoke to a PA that did a preliminary workup and called for a Computed Tomography (CT) scan on my head and back. An hour later, the technicians administered the CT. They were accommodating, and professional. After the CT, it was back to the waiting area in triage. It was a little more than an hour later that the PA came back to advise the CT was not conclusive but raised concern and that I would need a Magnetic Resonance Imaging (MRI) scan for further evaluation.

They informed me that an MRI was not currently available, and that I would need a consult from my PCP for the MRI. The PA gave me pain medication to mask the problem and sent me home.

The next day the progressive nature of both the pain and paralysis of the left side of my body was alarming. We decided the ER was the better course of action.

After approximately five hours in the triage waiting area, the attending M.D. came to talk to me. He advised that he read the CT and the situation was of such a complex nature it was necessary for an immediate MRI and consultation from a Neurologist. As this was not available at the VA, they arranged an ambulance transport with the destination of St. Joseph Neurological Center. After about an hour American Medical Response transportation loaded me in the ambulance and we were off to the hospital. Oops! They delivered me to John C. Lincoln – Wrong hospital!

In the meantime, my wife was at the ultimate destination in St. Joseph’s hospital. Concerned I had not arrived she called my cell phone to ask where I was, that St. Joseph hospital could not find me in their system. Both my wife and the hospital became frantic because they thought they lost me.

While under medication I responded that, I was in room 41 and she said the hospital had no such room. I finally asked what hospital this was and found I was in the wrong hospital. Two hours later, I was where I was supposed to be and the activity levels surged exponentially.
The MRIs were conducted, diagnosed, and treatment scheduled immediately after the diagnosis of Transverse Myelitis (TM). TM is a rare disease where medical treatment has provided some success in restoring health.

Lucky me, I have one of the worse cases and it can be compounded with the inclusion of Multiple Sclerosis (MS), Amyotrophic Lateral Sclerosis (ALS), and some other not-so-fun stuff. It sounds like another kiss from Agent Orange that I was exposed to in Vietnam.

Note: After the initial treatment, if there is no improvement within the first 3 to 6 months, recovery is unlikely, which underlines the significant need for “immediate aggressive physical therapy and rehabilitation.”

After my release from the hospital, I requested my PCP for a consult on the two items requested by the Neurologist.

2) Neurological follow-up from the Lumbar Penetration for detailed diagnosis, treatment, and management.

After two days and a follow-up with the PACT team, the consults were in and appointments were scheduled. The soonest for neurology follow-up was over a month and the PT/OT was not going to be available for weeks.

I contacted the Veteran’s Choice Program (VCP) to establish more immediate and needed “continuity of care”. I spoke to Niche, Ashley, and the supervisor, Ralph M. located in TX. Last name or employee numbers refused with security cited as the problem. They advised they could do absolutely nothing, and I needed to go back to my PCP and request a consult for VCP to execute that order. When I asked how long that would take once he had that in his hands, he replied a week to ten days. That does not compute with the urgency or timeliness of continuity of care.

Today I placed the request, as advised by the VCP supervisor to my PACT team who should see it on Monday.

The question I am left with is when ill, why does this administrative process belong to the patient?

My personal opinion and that of my medical friends and practitioners all agree that we want our patients free to concentrate on the healing process. Why would that not apply to the VA Healthcare system? This is an opinion developed from my own personal experience but when coupled with the articles from publications such as Fox, CNN, and Military Times it may be more than a single isolated incident.

On Sep 3, 2015, CNN broke a story that said 307,000 vets might have died awaiting VA care. This is a horrible number and I find it hard to believe – That is until now. I was one of the fortunate to survive combat and was decorated but acquired wounds that label me as a disabled veteran giving me a number one classification, that suggests I have good access to the VA Healthcare system. Part of my team’s directive is that we would leave no one behind. We took that seriously, and it was a way of life for us. I thought that carried over from those that promised healthcare for services rendered – Not so much.

This experience demonstrates that may have been true with my brothers in combat, but here, today – Nobody in this administration has our back.

As the drugs evaporate from my system and I become more cognizant I realize the toll that is realized both physical and mental to take on the administrative gymnastics for something as simple, as continuity of care within the VA Healthcare system. Where did my PACT team support team go?

Attempting to do this on one’s own while ill, drive high-stress levels, and as a professional opinion, it is evident that depression could follow.

Could we have possibly lost that many men and women? Did they not have our back simply because we were not even on the priority list? I am beginning to believe it could be true, certainly, my own experience does not demonstrate improvements in our VA Phoenix Healthcare.

If it sounds like I am concerned and maybe a little angry when I see how our veterans are treated in the VA Healthcare system, the lack of effort to fix the problem, the tons of political ongoing rhetoric, the wasted millions of dollars, and followed by little to no results – Then you just might be correct in your assumption.

Direct the effort where it will have the most impact – It is where the caregiver and patient meet.

This article is provided as community information by the Scottsdale AZ Real Estate team for educational purposes.